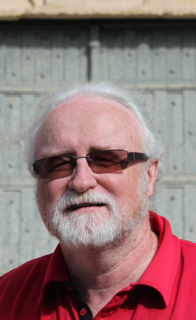 Stewart Donovan was born in Ingonish, Cape Breton, Nova Scotia. He studied Modern Literature at St. Francis Xavier University where he received his B.A.  He received an M.A. from the University of Ottawa and his Ph.D. in Anglo-Irish Literature and Drama from University College Dublin where he studied with John McGahern, Seamus Deane, Denis Donoghue, Roger McHugh and Augustine Martin. For the past 25 years Donovan has taught Modern literature, drama, film and cultural studies at St. Thomas University. Professor Donovan is the founder of the university’s Irish Studies Program (he facilitated an Honourary Degree for Nobel Peace Prize winner John Hume in 2007), its Film and Media Program and of The Nashwaak Review, a literary, arts, historical and cultural magazine, which he continues to edit. His biography of R. J. MacSween, The Forgotten World (2007), was short listed for both of Atlantic Canada’s non-fiction awards in 2008. He has published three volumes of poetry and his second novel, Wake of the Aspy came out to high praise in 2013. He has published widely on Canadian, American and Irish Modernism with essays on Louis Dudek, Hugh Kenner and Marshall McLuhan among others. He is now completing a book on film studies entitled Movies and North Atlantic Life and a collection of poems on the First World War, In the Shadow of Vimy. He is also collaborating with Trevor Sawler on a hypertext project on High Modernism. He is a member of CAIS and the International Ezra Pound Society. For further information see http://w3.stu.ca/stu//sites/nble/d/donovan_stewart_leo.html http://w3.stu.ca/stu/academic/departments/english_lit/faculty/donovan/index.aspx
http://thechronicleherald.ca/books/1124187-a-view-from-north-of-smokey

1.Given the ways contemporary authors have been trying to compose all kinds of poetry, how would you define ‘poetry’?

I still believe in and stand by Ezra Pound’s idea (reprinted in the ABC of Reading) that poetry is essentially prose condensed: condensed in music, image and thought.  In some respects the general public has not forgiven us for giving up rhyme— for free verse in fact— but the greatest modern and contemporary expression is there. It’s true that there are many prose writers with poetic expression— Joyce in Ulysses not least among them, Ondaatje in The English Patient, the late great Garcia Marquez, the list goes on. This has made it difficult for traditional notions of poetry but it is a moveable feast.

2. Many people say poetry is dying. Do you agree or disagree with this statement, and why?

In 1954 Gore Vidal in “A Note on the Novel” talked about the death of the long narrative form. He said (I’m paraphrasing from memory here) that the novelists must now join  their old enemies— the poets— long since lashed to the mast of exile but still sailing on. We cannot die because we were never alive in the sense that they mean. Shakespeare was a dramatist first, poet second. Alexander Pope made a million dollars by translating the Iliad and Odyssey but they were read as novels not as poetry; and they were bought in the age of the novel. No, I think that the novel, like painting and to a lesser extent sculpture, is no longer socially relevant so it is considered dead or dying. This of course like most things is subject to debate but I acknowledge that it has been replaced by film and tv or video or you tube or  Netflicks whatever moving image you wish to choose. This I believe to be true. They, the public, never let us— the poets— into the game, so they can’t apply that language to us now. It doesn’t work and it doesn’t fit. The solitary art, in Louis Dudek’s phrase, remains just that.

3. What defining features do you think ‘best’ poetry should possess? In other words, what is your personal or working definition of ‘best’ poetry?

This takes us back to first principles again, i.e. poetry as prose condensed. I like the shock value, the unexpected but also a certain musicality. Poetry should take risks whenever possible. The Irish poet Michael Hartnett once wrote that the act of poetry was a rebel act. I like this. I understand performance poetry but I associate it more with theatre— the spoken word performed rather than simply read. It has its place but it is different form the solitary art and why not.

4. What are the most important makings of a ‘great’ poet? – please name 3 greatest poets the world has produced thus far.

This is a tough one and must be personal and parochial at the same time: I will go with Dante, Shakespeare and Ezra Pound from our own time.

5. Who are the 3 most important or noteworthy contemporary poets according to your personal/working criteria?

This again is tough but I like the Irish poet Paul Durcan, the American Billy Collins, and the English poet Tony Harrison.

6. Considering the contemporary poetry writing/publishing reality, what are the most important changes that you think should be made to promote poetry as a worthy cause?

We must continue to promote the local, to get attention for those who need it. Every one sees the great cranes when they fly high, the eagles and the  falcons we must look among the undergrowth for the small but perfect…I don’t know what form this will take as print migrates to digital, how we have valued, how we value is connected with how we promote and recognize and speak for. These are big questions and the culture is moving so fast that it is impossible to be precise let alone clairvoyant.

7. Which 3 poetry editors or magazines would you like to recommend to all poetry lovers? Or, which 3 are your most favourite poetry editors/journals?

Peter Sanger at The Antigonish Review has always been a stalwart. I always liked the London Magazine and I’ll send out a toast to Karen Mulhallen and her long years of service at Descant.

8. What are the most important or interesting things that you have learned about poetry writing/publishing as a poetry editor?

The sheer variety of poems always surprises and inspires me.

9. What is the most or least enjoyable part of being a poetry editor?

Discovering a new talent. Having to reject young writers who have not yet arrived.

10. Given your rich experience as editor of the Nashwaak Review, what advice would like to offer to those who actively participate in various kinds of literary contests and those who seldom do so?

I understand the purpose of the contests especially in tough economic times. Having said this however I have never entered one and believe Pound was right when he said they should be avoided. But this may be simply a wish for cultural respect and high seriousness for poetry and art in the age of media,  advertising and neglectful governments. Orson Welles said he did commercials because artists in the old days drew posters for a living when they weren’t working on a masterpiece. Still, it would be good to get attention for poets without the constant contests. The question is how?

Posted by poetrypacific.blogspot.ca at 08:53